A virtuosic pianist, singer and songwriter who brought his love of jazz and blues to country music, Charlie Rich was one of the most successful musicians of the 1970s and an early contributor to Sun Records, the birth of rockabilly, and the popularization of the “Nashville sound”. His virtuosity in blending genres made him a critical darling and one of the most influential and acclaimed country artists of the 20th Century.

Born in Colt, Arkansas, in 1932, Rich was the son of rural cotton farmers who helped instill an early appreciation of music. His mother was a talented piano player and his father was a singer in various gospel choirs as members of the Landmark Missionary Baptist Church. A black tenant farmer named C.J. Allen also played an influential role in Rich’s early life, taking the time to train the young man to play blues piano. After studying music at the University of Arkansas for a semester, Rich joined the Air Force in 1953 and soon formed his first band the Velvetones, a jazz and blues ensemble that featured his wife Margaret Ann as a vocalist and Charlie on the piano and sax. Following his departure from the Air Force in 1956, Rich and Margaret Ann moved to the musical hotbed of Memphis, where he was soon performing his unique blend of jazz and R&B in various clubs at night and farming his 500 acres of land during the day.

Armed with his own original compositions and encouraged by Sun Records artist Bill Justis, Rich arrived at Sun Studio to meet with Sam Phillips. Although Phillips found Rich’s music “too jazzy” for widespread commercial success—a criticism that would follow him throughout his early career—Charlie Rich was soon a regular session musician and songwriter at the famed label. Although he had arrived as a saxophone player, Rich quickly chose to focus solely on the piano for a reason both pragmatic and simple: “Piano players made more money.”

Throughout much of the 1950s, Rich accompanied and wrote for Sun legends like Jerry Lee Lewis, Johnny Cash, Billy Lee Riley, and others. Furthermore, Rich’s time at Sun allowed him to gain a newfound appreciation for country music, which would soon be his bread and butter. At first I didn't dig country. As a matter of fact, we put it down because we wanted to be jazz pickers. I had to make a drastic change at Sun Records and I didn't really appreciate country music until I went there. 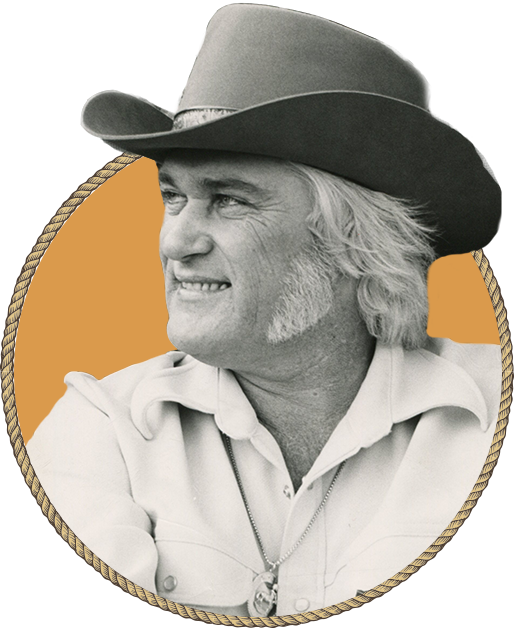 In 1960, Rich earned his first taste of solo success with his single “Lonely Weekends,” a piano-driven track that showcased Rich’s balance of power and finesse. The record would go on to sell over a million copies and climb to No. 22 on the charts. Unfortunately, Rich’s next few singles were unable to match the success of “Lonely Weekends,” despite being well-regarded by the critics. After a frustrating period of idleness, Rich moved to Groove Records in 1964 where he released the novelty-rock single “Mohair Sam.” Despite his early success with “Lonely Weekends”, the 1960’s were a largely lean and trying decade for Rich as he struggled to break into the mainstream.

The profound frustration that accompanied Charlie Rich’s inability to turn critical acclaim into sustained commercial success would unexpectedly become one of his greatest gifts, as he beautifully translated these feelings into emotionally rich and honest songs. In fact, Rich’s ability to provide illumination to his personal darkness is one of his greatest legacies. Sam Phillips was particularly impressed with this aspect of Rich’s music, saying “Charlie Rich had the intuitive instinct to feel, see and hear pain, disappointment, happiness and joy and somehow transmute it into music. I don’t know anyone who has ever written or sung in a way that depicted more of the humanity of man, with greater melodic beauty, than Charlie Rich.” Possessing an admirable determination, Rich continued to reinvent himself. He finally achieved sustained success during the 1970s with the help of producer Bill Sherrill, who Rich had met at Sam Phillip’s Nashville studio. Together, Rich and Sherrill helped to popularize Nashville’s "countrypolitan" sound, which replaced the elements of traditional country with strings, background vocals, and sleek production. Although Rich’s attitude to the music was ambivalent at best, it would prove to be the winning recipe that had eluded him thus far.

The pinnacle of Charlie Rich’s career came in 1973 with the single “The Most Beautiful Girl,” a country and western ballad from his album Behind Closed Doors. The song spent weeks at number one on both the country and pop charts and hurtled Charlie Rich into mainstream stardom. Behind Closed Doors earned Rich three CMA awards, a Grammy Award for Best Male Country Vocal Performance, and four ACM awards. The following year, Rich was named CMA’s Entertainer of the Year. During the decade, Rich scored an eye-popping nine number one country hits, including “Behind Closed Doors,” “There Won’t Be Anymore,” “I Love My Friend,” and “A Very Special Love Song.”

In 1992, the “Silver Fox” released his final album entitled Pictures and Paintings. The album was a jazzy return-to-form that helped remind the public of Rich’s inimitable and eclectic talents and finally captured the totality of the singer’s rich musical persona. In 1995, Charlie Rich died of a blood clot in his lungs and was buried in the Memorial Park Cemetery in Memphis, Tennessee, leaving behind a legacy of musical innovation and experimentation that has rarely been seen in country music.

Above: Promotion piece for the film Every Which Way But Lose, courtesy of Special Collection, University of Memphis Libraries