From performing in dilapidated brothel houses in Chicago to the gilded auditorium of New York’s Carnegie Hall, Alberta Hunter was a true testament to the power of raw talent coupled with hard work and gumption.

Hunter rose from poverty to become one of the most influential blues and jazz singers of the 20th century, as well as a well-respected nurse, vaudeville act, and songwriter. While her name may not have the same level of recognition as many of Memphis’ musical legends, her accomplishments cannot be overstated.

Alberta Hunter was born in Memphis in 1895 to a mother who worked as a maid in a local brothel and a father whom she never knew. By all accounts, her childhood was especially harsh, marred by poverty and abuse. Disenchanted with her hardscrabble life, Hunter left home as a preteen for Chicago, a popular destination for African Americans searching for a better life during the early 20th century. While she had dreams of working as a singer, Hunter began her life in the Windy City at a boarding house, earning a meager wage and a room. Hunter gained access to Chicago’s many live music clubs by dressing in clothes that made her appear older and eventually began performing around 1911. Her singing career began at Dago Frank’s, a seedy brothel on Chicago’s Southside run by the notorious gangster Francisco Cirofici. Following the closing of Dago Frank’s, Hunter moved on to more reputable clubs, including Hugh Hoskin’s saloon, the Elite Café, and the Panama Club. Her big break came in 1917 when she began singing at the fabled Dreamland Café, performing alongside King Oliver, Louis Armstrong, and fellow Memphian Lil’ Hardin Armstrong.

Before long, she was being billed as the “Sweetheart of Dreamland” and drew an elite crowd of both blacks and whites, getting them involved by creating a rhythmic momentum with her thigh slaps and finger snaps. Hunter was also given the opportunity to tour in Europe, where, like many African Americans, she was deeply touched by the respect and reverence that she received. Although the gigs at Dreamland allowed Alberta Hunter to join the ranks of Chicago’s most celebrated blues singers, she eventually grew tired of the violence that was common in the rough and tumble clubs, especially after her piano player was murdered during a performance. After five successful years, Hunter left Dreamland and reluctantly moved to New York City. As the singer herself said “If you had worked in Chicago and had been recognized there, you were somebody, baby. New York didn’t count then." “If you had worked in Chicago and had been recognized there, you were somebody, baby. New York didn’t count then." A couple of years before deciding to move to New York, Hunter had married a man named Willard Townsend, whom she had met while performing in Cincinnati. Her marriage, which had been strained since the beginning, soon fell apart. It later emerged that Hunter was a lesbian, but had felt the pressure to keep her sexuality hidden in an era when such information would have likely derailed her young career.

In New York, Hunter quickly teamed up with pianist Fletcher Henderson and began cutting tracks with the Black Swan label, including “He’s a Darned Good Man to Have Around”, "How Long, Sweet Daddy, How Long," and "Some Day Sweetheart." While she would still travel to Chicago for performances, New York was now her home. In July 1922, Hunter began recording with the fledgling Paramount label and released the classic “Down Hearted Blues,” which became a massive hit for Bessie Smith the following year and the first hit for Columbia Records. The same year, Alberta Hunter made history when she became the first black singer to perform with an all-white band, the Original Memphis Five.

Alberta Hunter had also begun expanding her horizons by becoming involved in New York’s African American theater scene. In 1923, she replaced Bessie Smith as the lead in the musical How Come?, mesmerizing the Broadway audience with her undeniable glamour and voice. Though theater and musical revues were her main focus, Hunter continued to record and perform, including a legendary session with the Red Onion Jazz Babies featuring Louis Armstrong and Sidney Bechet. Theater, however, would soon prove to be her ticket into international stardom. “The Negro artists went to Europe because we were recognized and given a chance. In Europe they had your name up in lights. People in the United States would not give us that chance.” 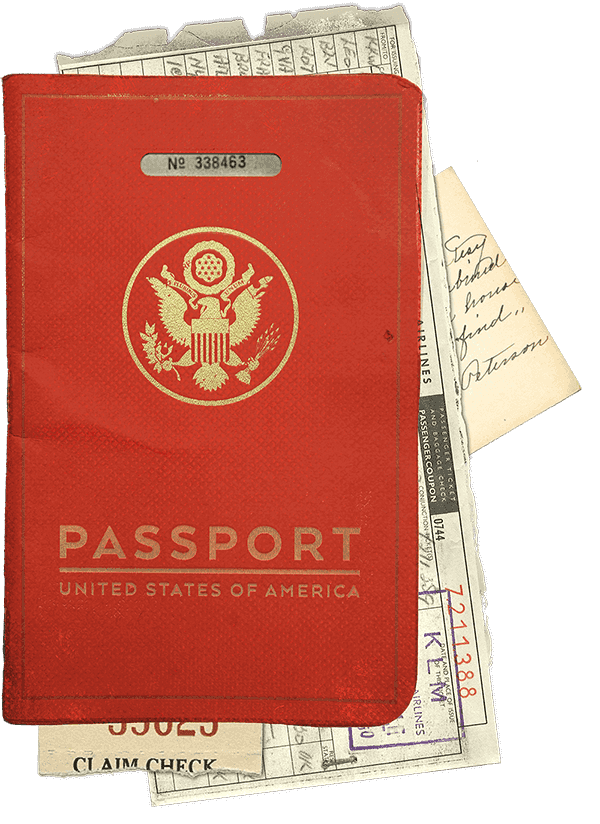 Beginning in 1927, Alberta Hunter began a lengthy and illustrious tour through Europe, where she was able to escape the racism and prejudices of America. As quoted in Alberta Hunter: A Celebration in Blues, she said, "The Negro artists went to Europe because we were recognized and given a chance. In Europe they had your name up in lights. People in the United States would not give us that chance." Her European adventure began in Paris, where she was welcomed into the bourgeoisie circle of expatriates that were living in France at the time. She also began sharing stories of her experiences abroad in the Amsterdam News, New York’s preeminent African American newspaper.

Early the next year, Hunter left Paris and began starring as “Queenie” in the London production of Showboat with Paul Robeson. The show was massively successful and Hunter remained in London for the remainder of the year, riding the success and critical acclaim that she had found in the U.K.

When she finally returned home, Hunter was met with the same societal limitations as before and the lack of work that had been caused by the Great Depression.

After years of personal and financial struggle, Hunter returned to Europe in 1934 and resumed recording. Hunter stars in the live stage production of Show Boat in London, alongside Paul Robeson, 1928

“I went as far as you could go. I played Broadway. I played the Royal Theatre in London. I played in Paris… and I figured I had gone to the top.”

During WWII, Hunter joined the USO and entertained troops throughout Asia, Europe, and the South Pacific. She also served as an entertainer during the Korean War before returning home in the mid-1950s to care for her ailing mother. Faced with the popularity of newer artists and the death of her mother, Hunter decided to pursue a radical career change. “I went as far as you could go. I played Broadway. I played the Royal Theatre in London. I played in Paris… and I figured I had gone to the top,” she said. By lying about her age and fabricating a high-school diploma, Hunter entered the nursing profession, where she would remain for the next 20 years. Forced to retire because of her age (which was 12 years older than the hospital believed), Hunter returned to singing at the age of 81. “Tell them all, I’m up here keeping Memphis on the map.”

With a gritty, time-worn voice, Alberta Hunter launched her comeback at the Cookery, a Greenwich Village club. Although she had only signed on for a two-week gig, her popularity allowed her to perform there for another six years, drawing large and adoring crowds.

In the final years of her life, Hunter recorded four celebrated albums, toured through Europe and South America, sang for President Jimmy Carter at the White House, and gave a commanding performance at Carnegie Hall. At the time of her death on October 17th, 1984, Alberta Hunter was at the pinnacle of her career. Fearless, innovative, and resilient, Alberta Hunter was at the forefront of bringing black performers the respect and adoration they deserved, both at home and abroad. Her longevity proved her ability to be at the forefront of various burgeoning genres and earned her fans of several different generations, continuing to this day.